“In his famous dialogue The Republic, Plato boldly asserted that there would be no justice in the world until philosophers became kings. Just as Plato’s social vision depended upon having rulers who possessed the truth, so our own democratic society requires a citizenry of independent, critical thinkers that only a philosophical education can produce.”

This program is for students and teachers everywhere. 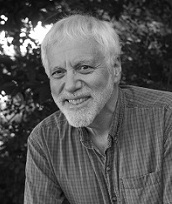 Thomas E. Wartenberg is Professor of Philosophy at Mount Holyoke College.  For the past decade, he has taught a course for college students, Philosophy for Children, in which the college students teach philosophy to elementary school children, which is also the basis for his book, Big Ideas for Little Kids:  Teaching Philosophy Through Children’s Literature.  His website, teachingchildrenphilosophy.org, has won international acclaim.  He is a member of the American Philosophical Association’s Committee on Pre-College Philosophy.  He taught a National Endowment for the Humanities Summer Seminar for School Teachers on Existentialism in 2011.

He also pursues research in aesthetics and the philosophy of film.  His most recent book in this area is Thinking on Screen:  Film as Philosophy.  He is the editor or coeditor of a number of anthologies in these areas, including The Nature of Art.  He has received two Fulbright Fellowships, a National Endowment for the Humanities Fellowship, and a major grant from the Squire Family Foundation.  He attended Amherst College, Stanford University, Heidelberg University, and the University of Pittsburgh.  He has been a visiting professor at Auckland University and the University of Kent-Canterbury.

Julie Akeret has been making documentary films for over twenty-five years. Her work has focused on a variety of social issues, most recently looking at the importance of the arts in education and the relationship between the arts and social change. Ms. Akeret’s work has won numerous awards in film festivals, including a regional Emmy, and her documentaries have been aired on PBS regionally and nationally. She has received grants from foundations such as the Massachusetts Foundation for the Humanities, the Sister Fund, the Valentine Foundation and received fellowships from the Massachusetts Cultural Council. Her web site is Akeretfilms.com. Originally from New York City, Ms. Akeret has been living with her family in Leeds, MA since 1994.